Get your World's 1st Earring Type "VIBES BS" Korea Earphones or your boutique guitar effects pedals in Singapore!
Contact Us
Email: musicartlifesg@gmail.com / Follow Us on Twitter 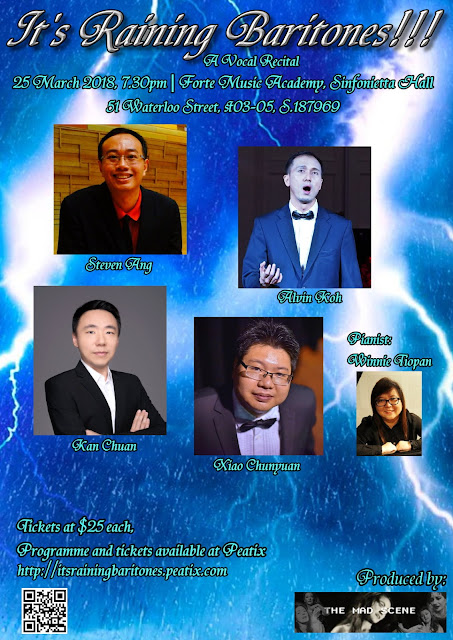 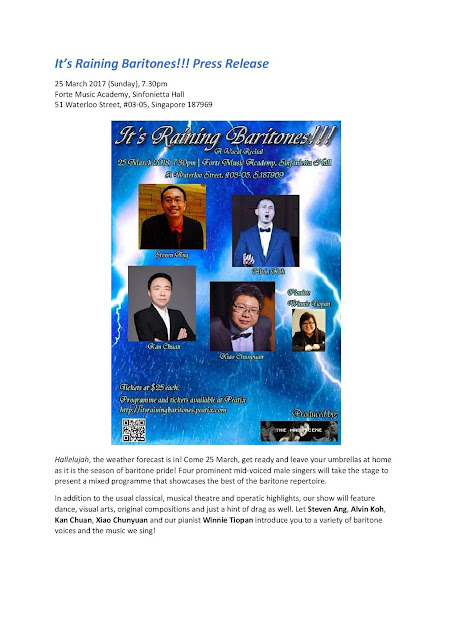 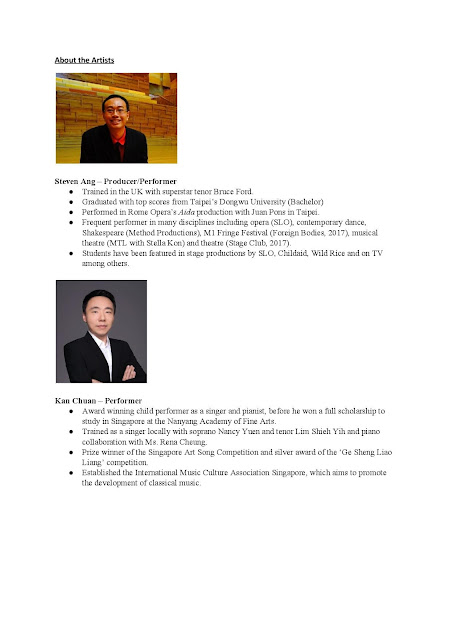 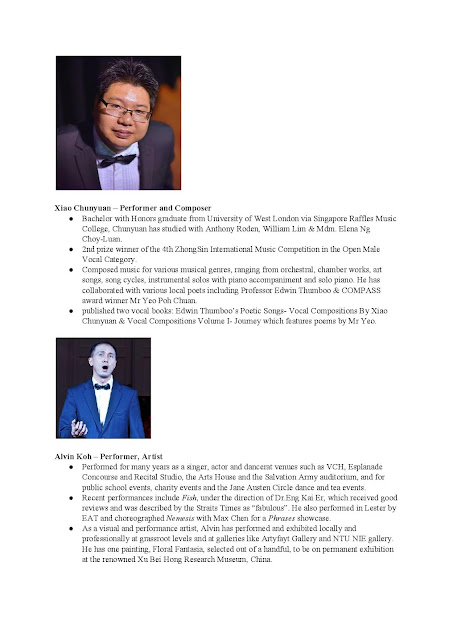 Tickets at $25 + $2 service charge, available at Peatix:
itsrainingbaritones.peatix.com
Posted by AJ at 11:48 PM No comments: 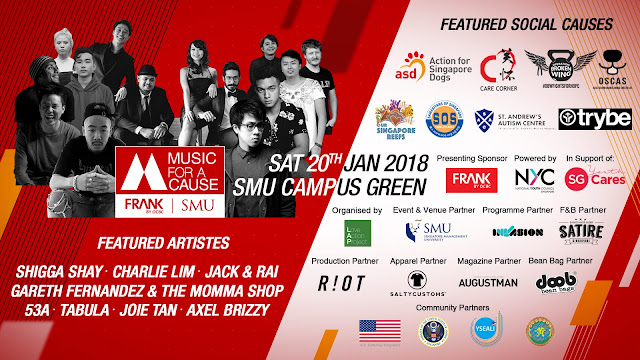 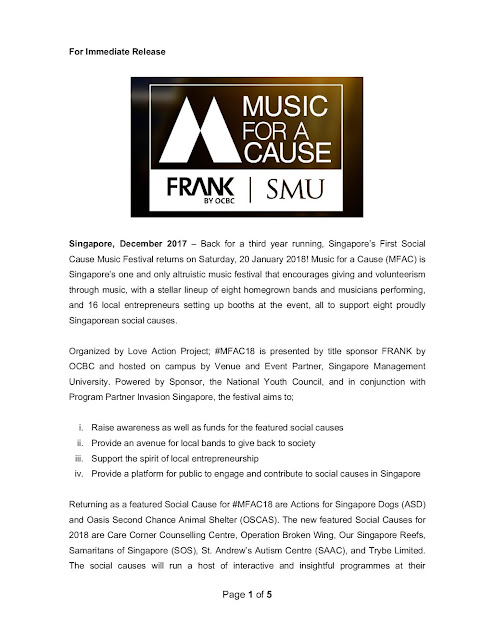 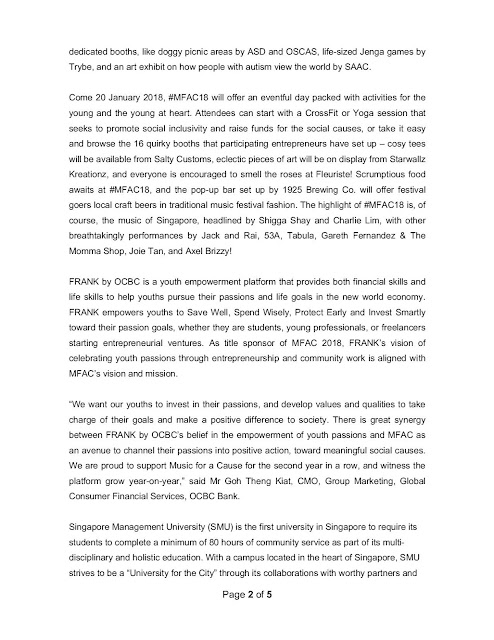 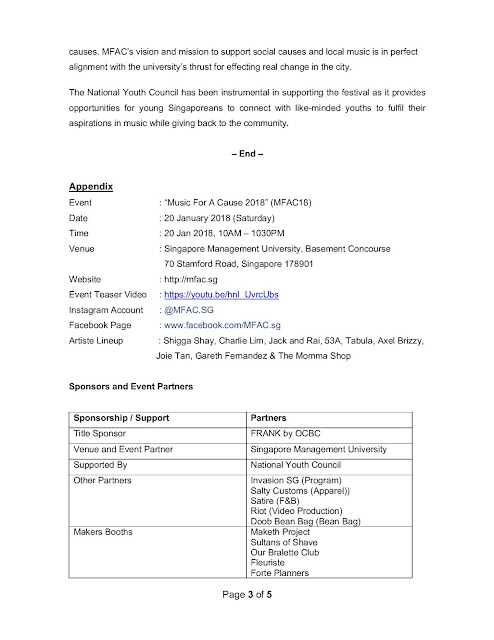 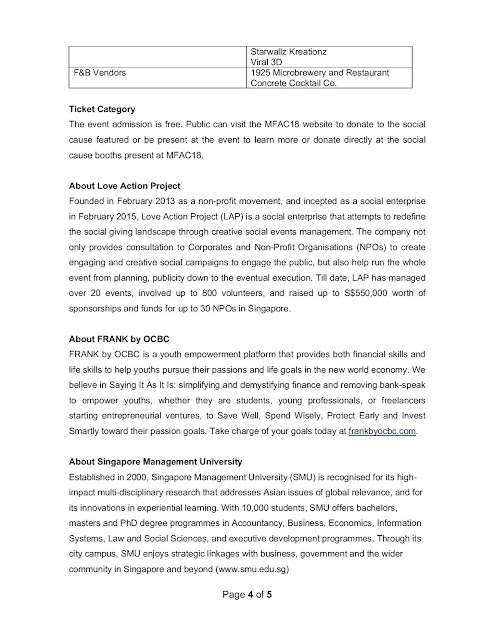 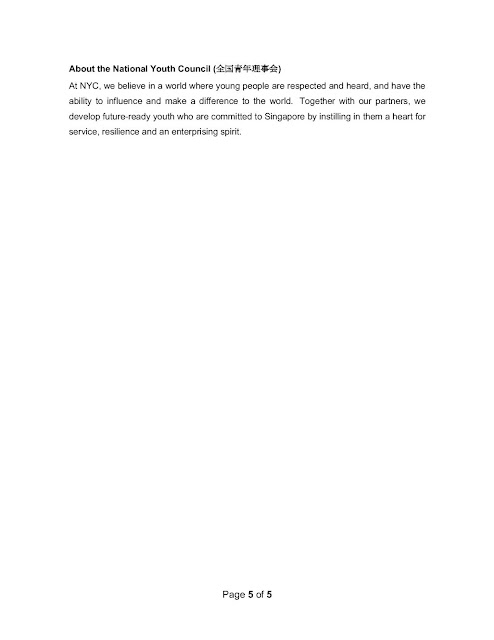 Email ThisBlogThis!Share to TwitterShare to FacebookShare to Pinterest
Labels: Music For A Cause 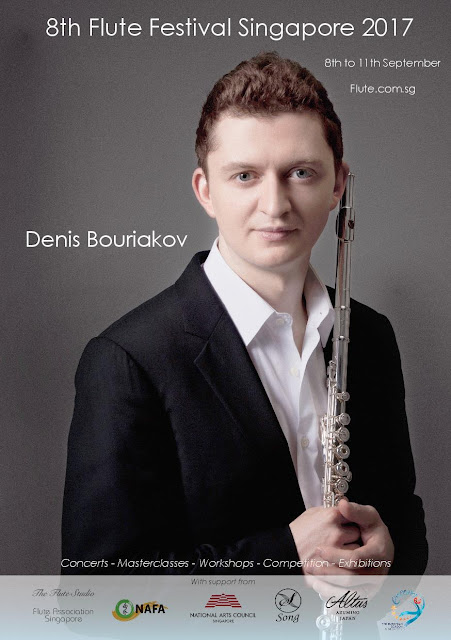 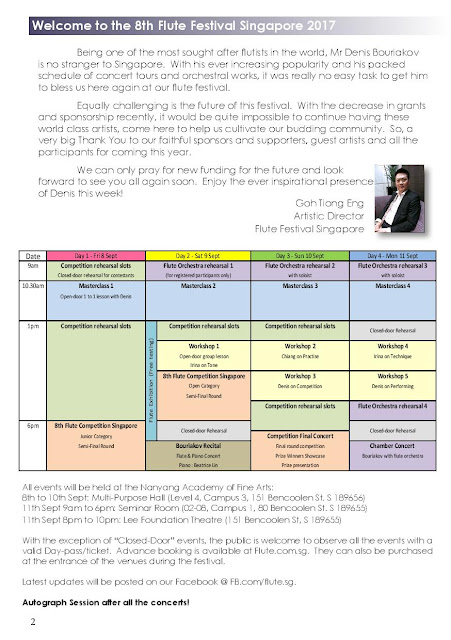 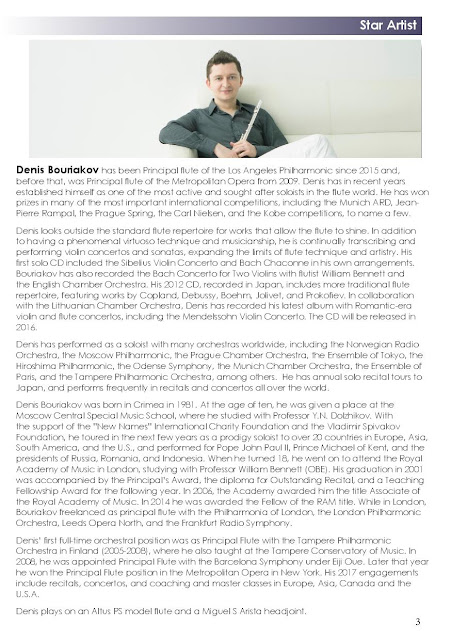 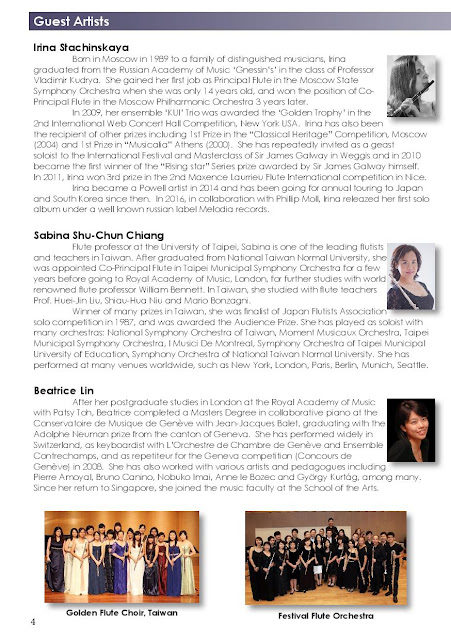 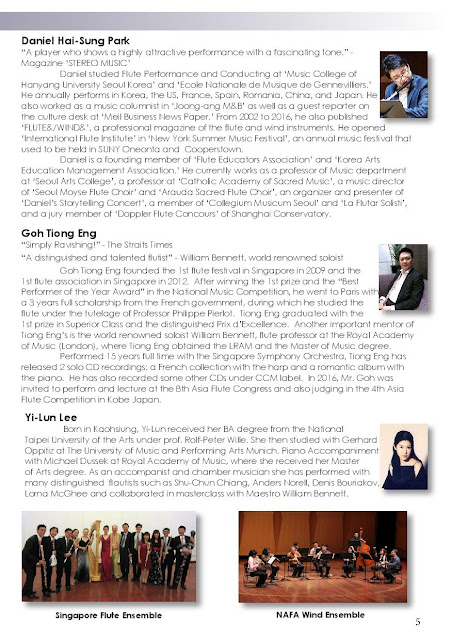 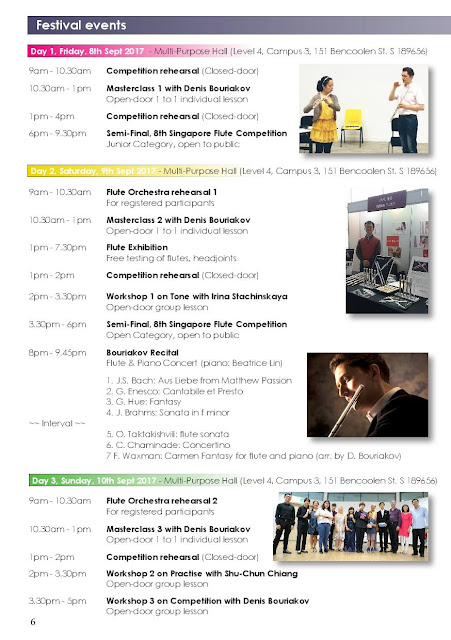 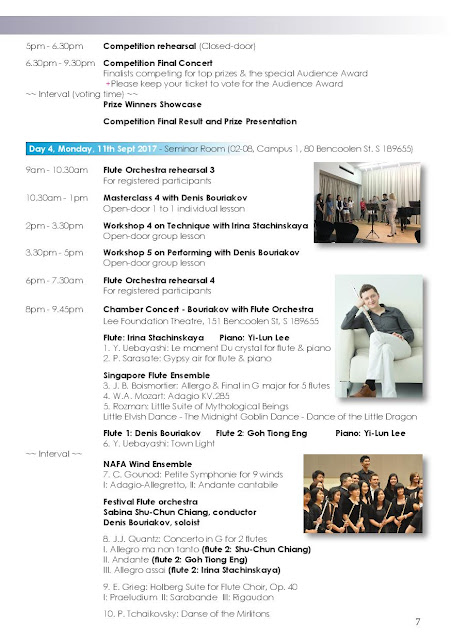 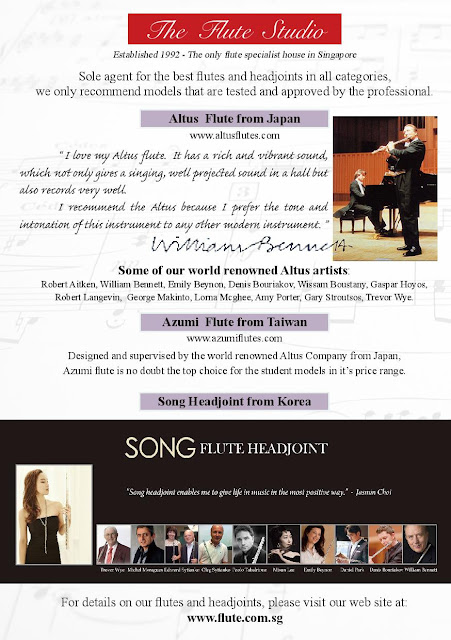 Email ThisBlogThis!Share to TwitterShare to FacebookShare to Pinterest
Labels: flute 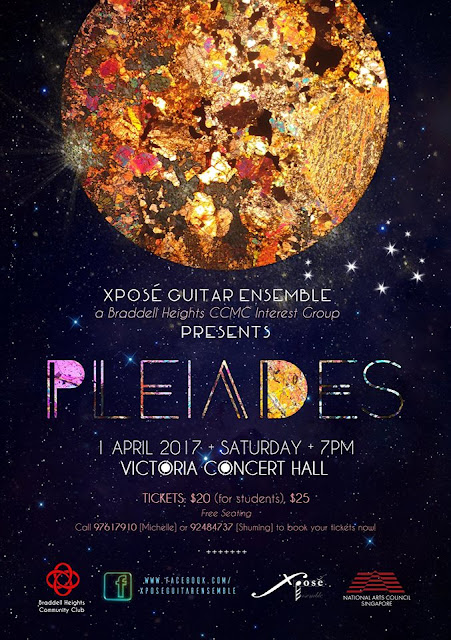 We are Singapore’s top Niibori Guitar Ensemble*
No, we’re not the only ensemble…we’re just the best one! We’ve performed to sold-out crowds in Singapore at the various premier performing venues here and have collaborated with the best from the region for guitar ensemble concerts both in, and outside of Singapore such as in Japan and Taiwan! Why, we’ve performed at the Niibori Guitar Academy and even the Chief Conductor of the Niibori Guitar Music Academy in Japan considers us to be one of the best in Asia! and the Miko Guitar Ensemble, Taiwan’s premier guitar group, has played with us too!

INSPIRATION guaranteed for guitarists*
We’ve got a fantastic repertoire that is bound to inspire all guitarists to play and practice more! How so? Well, the eclectic and diverse repertoire will take audience members on a voyage through the stars, featuring Japanese traditional folk tunes, Hollywood theme songs, Anime theme songs and even a Bass guitar concerto! Why would they be inspired? Perhaps they would be, after seeing our pieces that require deft hand-eye-leg (yes leg!) coordination, beautiful vocal harmonies, skilled mallet work by our percussion section and full musicality. Oh and did we mention, we’re a guitar ensemble?

An upcoming vocal recital of serious and comedic songs is happening in March 2017! 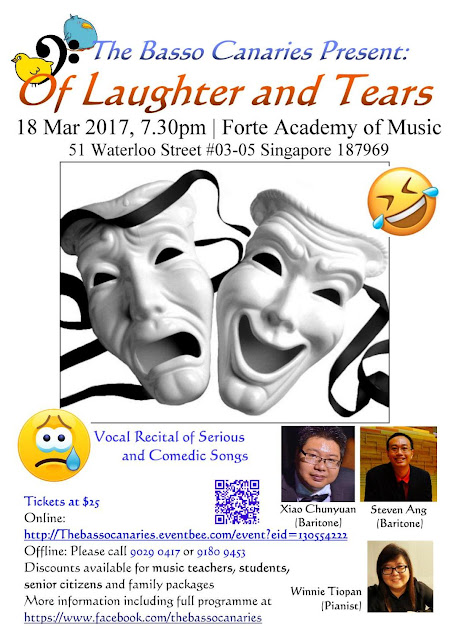 Presented by The Basso Canaries, Of Laughter & Tears is a vocal recital not to be missed! Founded by local composer & baritone Xiao Chunyuan & the editor of Singapore’s classical opera online blog magazine, The Mad Scene! Steven Ang Kwan Yu, the duo has been performing together since their duet partnership days under the tutelage of Madam Elena Ng Choy Luan. It is in September 2011. The Basso Canaries became as a performance collective group and since then the group has organized various performances, including joint collaborations with The Arts House such as Living With… The Basso Canaries, Living With…George F. Handel & Living with.. The Basso Canaries in The Bilingual Policy.

In this upcoming vocal recital which is to be held on 18th March, the duo has prepared pieces such as Handel’s Revenge, revenge, Timotheus Cries, taken from the opera, Alexander’s Feast, I am a pirate king!, from Gilbert & Sullivan’s The Pirates of Penzance. Besides operatic arias, there are two Chinese art songs and one local composition by Xiao as well.

The venue is at Sinfonietta Hall, Level 3, No. 51 Waterloo Street, which is opposite the old Young Musician’s Society building. The time of the performance is 7.30pm, with concession tickets priced at S$15 for students, S$17 for teachers, S$20 for senior citizens & regular pricing of S$25. Also please take note there are subcharges when buying online.

Tickets online can look under the event name Of Laughter & Tears at www.eventbee.com or may call 90290417 to look for Mr Xiao or 91809453 to look for Mr Steven Ang. As there is limited seating, please kindly grab your tickets now!

THANK U!!! Click on advertisments to support my cause in music harmony & diversity in Singapore!

CLICK ON ADVERTISEMENTS to support my cause in music diversity! THANK U!!!

THANK U!!! Click on advertisments to support my cause in music harmony & diversity in Singapore!

Websites/Blogs on local/international musicians from Singapore

Poll: What contribution do u think the current LIVE ‘n' LOADED TV program in Mediacorp have on the whole Singapore Music Scene?

Upcoming Music Events - Brought To U by MusicArtLifeSG

New music reaching to your souls...from Singers/Music Artists/Musicians in Singapore!

Paypal Donation to Support Music Promotion in my music blog!

OWNER'S COPYRIGHT FOR THIS BLOG

MusicArtLifeSg Blog by musicartlifesg.blogspot.com is licensed under a Creative Commons Attribution-NonCommercial-ShareAlike 3.0 Singapore License.
Permissions beyond the scope of this license may be available at musicartlifesg@gmail.com.